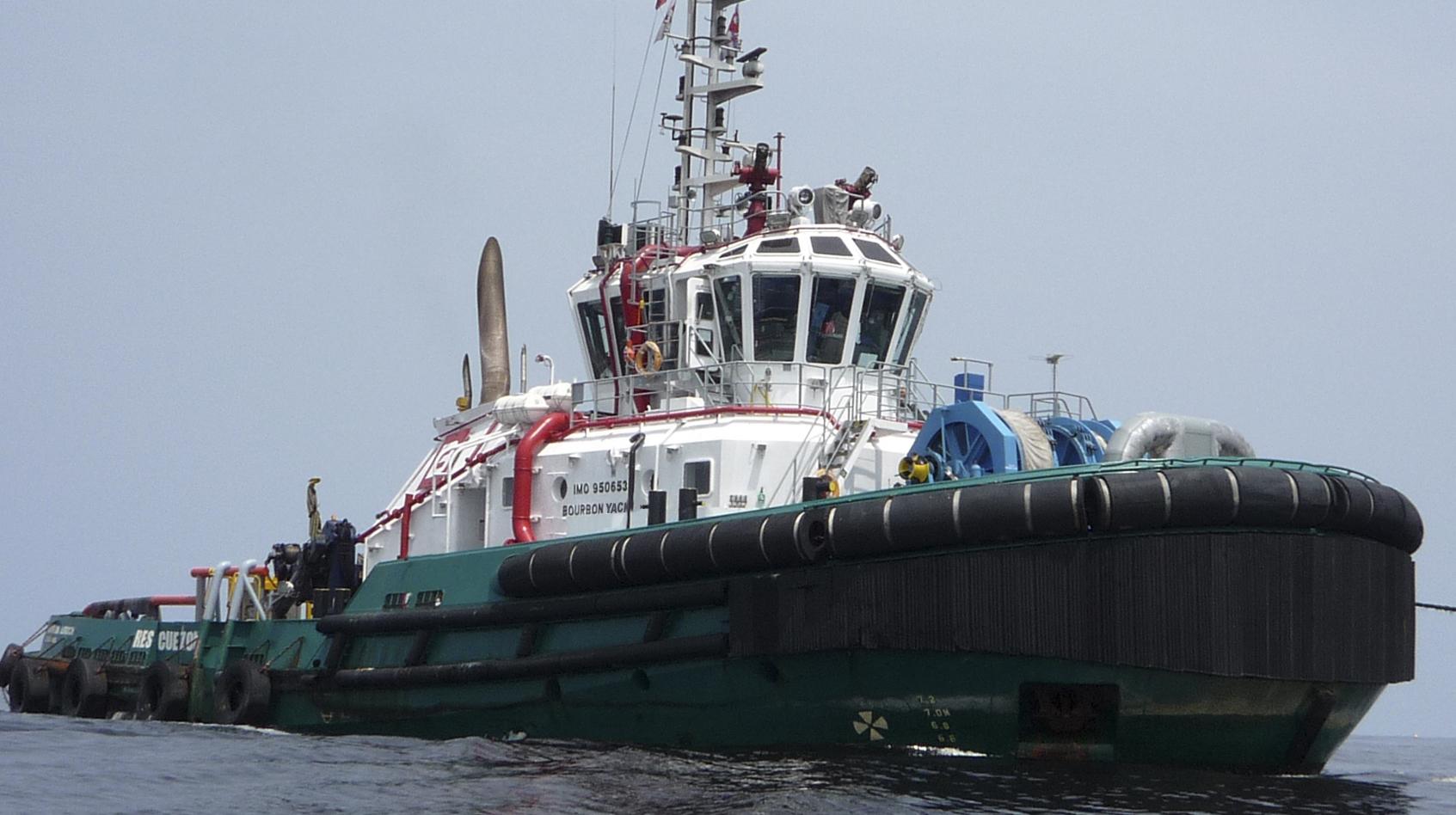 The Bourbon Yack, a terminal tug, has operated in the Agbami Field for Chevron since 2010. The vessel and its crew have just accomplished the performance of operating non-stop for nearly 500 days, without incident, to the great satisfaction of the client, who has awarded it a prize for operational excellence. The explanations of Thibaut Navereau, Director of Operations

OFFshore: The prize awarded by Chevron has just rewarded the impressive performance of the Bourbon Yack…
Thibaut Navereau: Our client is very satisfied with the vessel and its crew, who have indeed achieved quite a remarkable performance, operating 500 days without incident. On the operational level, the maneuvers require an experienced crew because the vessel comes very close to the tankers and export hoses and therefore extreme vigilance is necessary. The tankers in the Agbami Field relay each other every 3 days. A tug is permanently needed on site. We have 2 of these, the Bourbon Auroch and the Bourbon Yack. One is connected to the tanker at all times and the other is on standby, in case the towline breaks or a mechanical problem prevents the tug from carrying out its function. In this case, the other steps in immediately to take the relay.

"On the operational level, the maneuvers require an experienced crew because the vessel comes very close to the tankers and export hoses and therefore extreme vigilance is necessary."

OFFshore: What type of operations does the Bourbon Yack perform?
T. N.: The vessel is a what is called a ‘terminal tug’, which operates in support of export tanker operations. The oil extracted from the wells in an oilfield is collected by an FPSO*. When the holds of the FPSO are full, a tanker retrieves the oil and carries it ashore. The tanker may either connect directly to the FPSO or to a buoy which is located at a distance of between 1 and 2 km from the FPSO. The role of the terminal tug is to stabilize the tanker to maintain it in the same axis as the FPSO or the buoy, and thus ensure that it does not come near, collide with the FPSO when there is current or wind, does not broach, etc. Throughout the tanker loading operation, the terminal tug is connected by a towline with a 500 m hawser and pulls the tanker to keep it in the correct axis and control its movements. This type of operation is called Tanker Lifting or Static Tow.

OFFshore: Can a tug like the Bourbon Yack be assigned to other types of operations?
T.N.: Absolutely. Terminal tugs are quite versatile vessels, with good maneuvering capability. They can also be used for small maintenance jobs, particularly on the export hoses that are connected to the tanker to transfer the oil. In theory, these operations are reserved for AHTSs but a terminal tug can fully support this role. The Bourbon Yack is also used for passenger transport, including the transfer of representatives of the FPSO who go aboard the tanker to monitor loading operations, guide the tanker during its approach, etc.

OFFshore: How many crew members are there on board?
T.N.: There are 10 crew members: 3 bridge officers, 2 engineering officers, 3 seamen, an oiler and a cook. All have very different origins: one of the captains is Indonesian, the other is Croatian, the chief engineers are Polish and Croatian, the chief officers are Montenegrin, the chief engineers are Indonesian and Beninese, the lieutenant, bosun and seamen are Nigerian, etc. This highly diverse crew spent 500 days at sea in perfect harmony, with no incident. It is also one of the great successes of this mission.