BOURBON’s governance is structured around 2 main governance bodies, the Supervisory Board and the Management Board:

The Supervisory Board oversees the proper functioning of the company and has supervisory powers. Composed of 8 members to date, it reflects a complementarity of experiences and cultures as well as a great expertise of the Oil & Gas and maritime industry:

Formed in 2021, the Management Board will be in charge of the strategic and operational management of the group, under the supervision of the Supervisory Board. It will be chaired by Gaël Bodénès, Chairman of BOURBON Maritime, currently leading the group.

The Supervisory Board is supported by three Committees : the Audit Committee, the Strategy Committee and the Compliance Committee.
Their role is advisory and preparatory to certain deliberations of the Council. They shall issue proposals, recommendations and opinions in their respective fields of competence.

The Audit Committee is composed of the following members of the Supervisory Board :

The Strategy Committee is composed of the following members of the Supervisory Board :

The Ethics and Compliance Committee is composed of the following members of the Supervisory Board :

Formerly majority owned by JACCAR Holdings, the assets of BOURBON Corporation were sold to Société Phocéenne de Participation (SPP*) on January 10, 2020, following the judgment ruled by the Marseille Commercial Court on December 23, 2019. 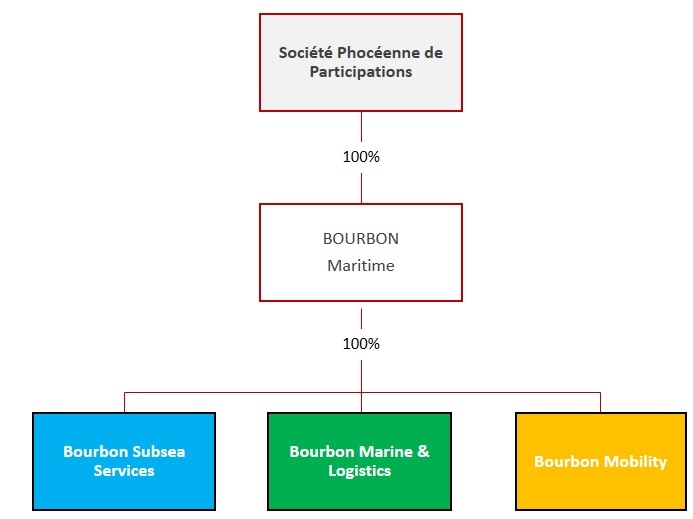 All BOURBON employees wish you a Happy New Year 2020!

Launched in early 2018, the #BOURBONINMOTION strategic action plan is the group's response to...